EnerQuip reports ‘strong start’ to 2022 with $5m in new contracts 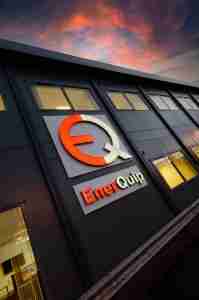 Torque machine specialist EnerQuip has reported a strong start to 2022, securing more than $5 million in contracts around the globe.

The first quarter has seen the Aberdeen-headquartered firm expand its global footprint with an array of new wins, including its first direct sale to Guyana.

In addition, it secured the first two of a three-machine project for a client in Abu Dhabi, where demand continues to climb, prompting plans to create a new sales and service centre there later this year.

The centre will join international hubs in Houston and Abu Dhabi as well as the company’s global headquarters in Aberdeen and premises in Caithness.

Recent success has seen its client grow to include firms in Africa, North and South America, Canada, Europe, Far East, Australia, and the Middle East, as well as the UK.

In addition to new kit, the new awards include some $1m of after-sales support, which is also viewed as an integral part of the business.

The company’s staff base also continues to grow to meet demand, and EnerQuip expects to take on eight new staff in the UK and overseas this year, with engineering roles set to be its top priority.

“Each time we work with existing clients in new locations, we are able to take the network we have established in Scotland to a greater worldwide audience and this is crucial to realising our long-term growth ambitions,” he said.

Director Andrew Robins added: “These recent contract awards are important steps towards a return to pre-pandemic levels and we are on track to achieve that by the end of the year.

“In spite of ongoing operating challenges, we are now able to look forward with optimism and forge ahead with our plans to open a centre in Abu Dhabi which we hope will further consolidate our presence in the important Middle East market.”

We use cookies on our website to give you the most relevant experience by remembering your preferences and repeat visits. By clicking “Accept All”, you consent to the use of ALL the cookies. However, you may visit "Cookie Settings" to provide a controlled consent.
Cookie SettingsAccept All
Manage consent

This website uses cookies to improve your experience while you navigate through the website. Out of these, the cookies that are categorized as necessary are stored on your browser as they are essential for the working of basic functionalities of the website. We also use third-party cookies that help us analyze and understand how you use this website. These cookies will be stored in your browser only with your consent. You also have the option to opt-out of these cookies. But opting out of some of these cookies may affect your browsing experience.
Necessary Always Enabled
Necessary cookies are absolutely essential for the website to function properly. These cookies ensure basic functionalities and security features of the website, anonymously.
Functional
Functional cookies help to perform certain functionalities like sharing the content of the website on social media platforms, collect feedbacks, and other third-party features.
Performance
Performance cookies are used to understand and analyze the key performance indexes of the website which helps in delivering a better user experience for the visitors.
Analytics
Analytical cookies are used to understand how visitors interact with the website. These cookies help provide information on metrics the number of visitors, bounce rate, traffic source, etc.
Advertisement
Advertisement cookies are used to provide visitors with relevant ads and marketing campaigns. These cookies track visitors across websites and collect information to provide customized ads.
Others
Other uncategorized cookies are those that are being analyzed and have not been classified into a category as yet.
SAVE & ACCEPT